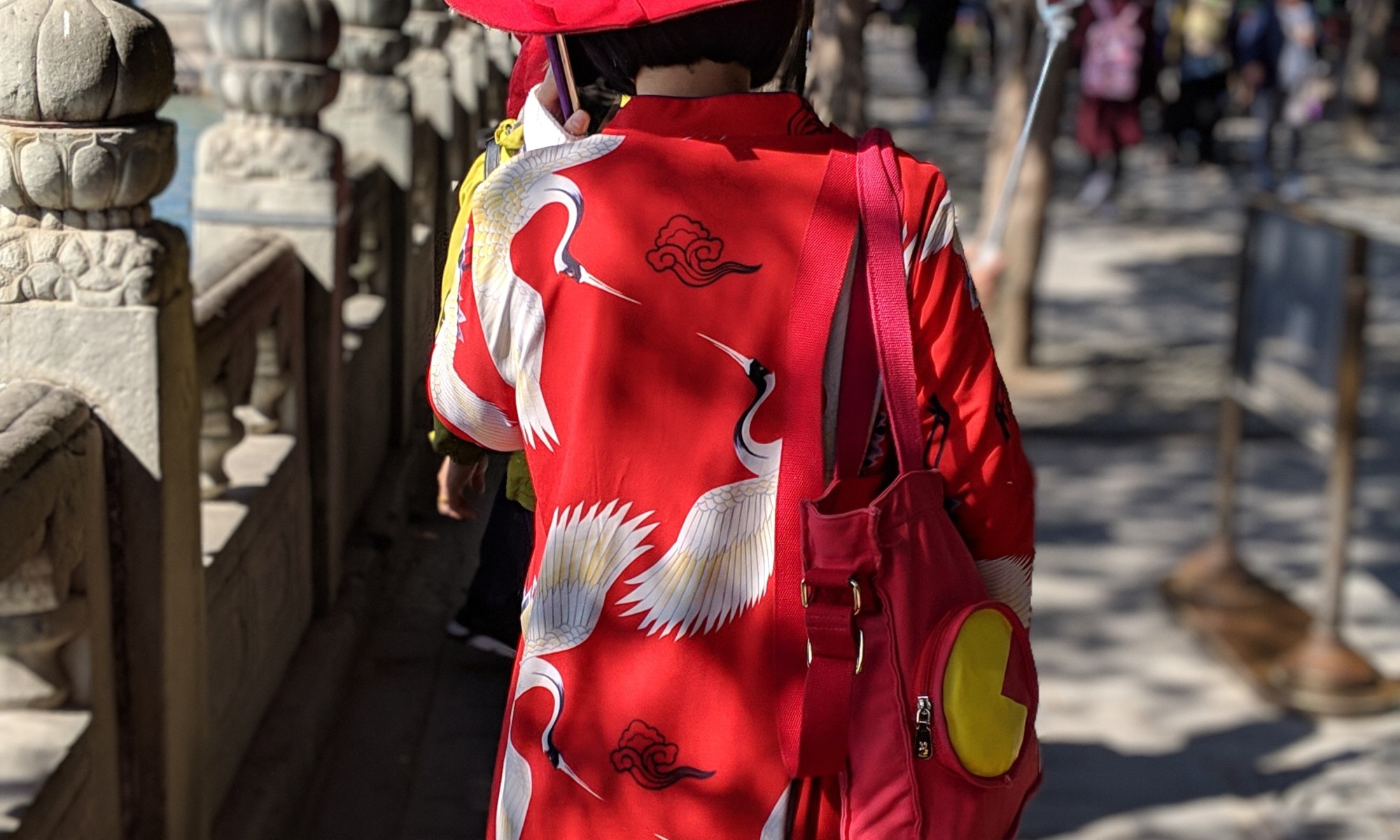 We landed in Beijing at 7:00 on Friday night, and even though I had sent the budget 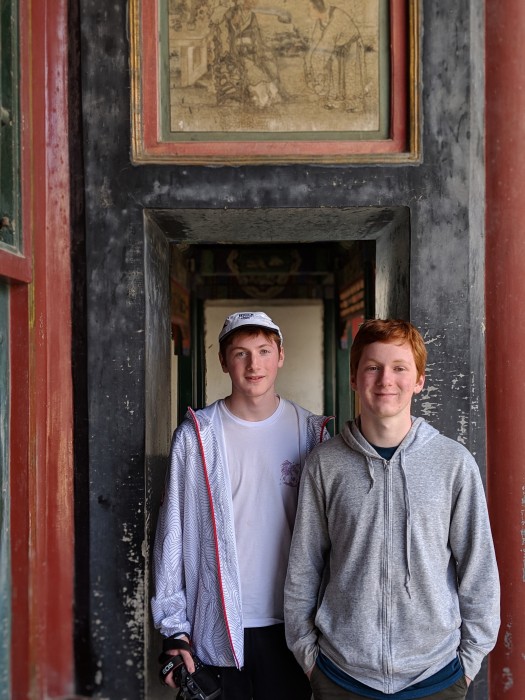 tour company the wrong arrival time, our guide met us anyway, a tiny young woman in the shouting airport throng, wearing a bright red hat and scarf and smiling a smile that took up most of her face.

She loaded the 3 us into a 10 person van—“You are emperors!” she said and the driver chugged us slowly through the darkness and the traffic into the city and our hotel.

During the ride we learned that our guide, Olivia, is scared of ghosts.

Worried that she had frightened us, Olivia explained that in China, graveyards are built far away from the city centers to keep the ghosts away from all the people. “I hope I never see one,” she said, and shuddered dramatically.

The Hotel Cote Cour, a posh hotel that I noticed on the expensive tour company’s itinerary, is hidden off a busy commercial street in one of the older Beijing “hutong” neighborhoods that didn’t get razed before the Olympics in 2008.

The emperor van dropped us off at the end of one of the narrow alleyways while Olivia kept talking.

“He’s not supposed to park here,” Olivia said, hurrying us out of the vehicle. “I hope there are no cameras.” She looked around at the streetlights. The driver deftly unloaded our luggage into the flow of pedestrians and bicycles on the sidewalk, then jumped back into his van and drove into the traffic again.

Olivia pointed us down an alley lined with b 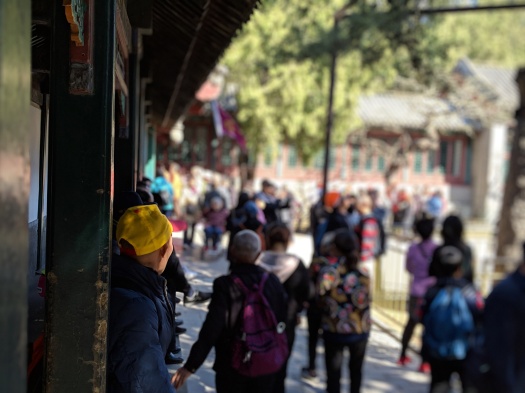 As we left the bright street for the winding alleyway, the boys looked at each other.

“I’m glad she’s with us,” I muttered. The boys nodded. We would have been freaking out if we’d been alone in this darkness, in this new city and new country, at 9:00 on a Friday night.

As we walked, Olivia continued in a stream of consciousness that flowed around her like her red scarf, her narrative punctuated by giggles:

“Oh! See that dog? Don’t pet the dogs. They look cute, but they will bite you. Many people have dogs but they don’t keep them on leash. Also cats. There are some cats. Chinese people like pets.”

“See, there is the public toilet because the houses here don’t have bathrooms. It used to be more so but now it is much better. Don’t worry, your hotel will have a bathroom. I wonder where your hotel is? Look, that man is going to use the bathroom because he doesn’t have one in his house. Probably brushing his teeth or taking a shower.”

“Watch out please, bicycle. Many people have bicycles. Cars, too, but also bicycles. And cars. Be very careful of the cars. Many cars. Beijing has many cars. We will drive tomorrow. Also walk. But we will drive. Our driver will drive. Then we will walk.”

We reached our hotel and opened the red door lined with lanterns. Inside was a quiet courtyard strung with  lanterns and tiny sparkles of lights, white-flowering magnolia trees and a reflection pond with fat orange koi, and two smug cats.

Our room was large and comfortable and sure enough, had its own bathroom with a massive tub and a waterfall shower and an embroidered fabric box that held other fabric boxes hiding toothbrushes, toothpaste and other toiletry treats.

We pulled a bag of Red Vines from my backpack, ate a couple and went to sleep.